What causes the problem?

Heel pain is a common occurrence and in most cases the pain is caused by some form of mechanical injury caused by small repetitive injuries that occur at a rate faster than the body can heal them.

Heel pain can also be caused by lower back problems or inflammatory joint conditions.

The following types of heel pain are not exhaustive but may help you appreciate the complexity of heel pain and why specialist advice can be helpful.

This is the most common caused by inflammation to the fascia ‘band’ (similar to a ligament) which connects the heel bone to the base of the toes. This condition can be caused in various ways including extensive running/walking/standing for long periods of time, especially when you are not used to it as well as a sedentary lifestyle. In particular, a change of surface (eg. road to track), poor shoe support, being overweight, overuse or sudden stretching of your sole as well as a tight Achilles tendon can lead to this condition.

This is an inflammation of a bursa (a fluid filled fibrous sac) under the heel bone where the pain is typically more in the centre of the heel than that experienced with plantar fasciitis (heel spur) and significantly worsens during the day. This condition can be caused following a fall from a height on to the heel

These are firm bumps on the back of the heel.

This can feel like a burning or tingling sensation under the heel within the arch of the foot with occasional loss of sensation on the bottom of the foot. This is caused by compression of the tibial nerve as it passes the inside of the ankle and tapping of the nerve will stimulate the symptoms known as Tinel’s sign.

Chronic inflammation of the heel pad:

This is caused by a heavy heel strike or sometimes a reduction in the thickness of the heel pad which can give rise to a dull ache in the heel which increases during the day.

Often caused following injuries such as falling from a height or landing on an uneven surface.

This condition affects young children, usually between the ages of 8-12 and occurs when part of the heel bone suffers a temporary loss of blood supply. The bone dies only to reform when the blood supply is later restored and is also known as osteochondrosis where this condition occurs in active growing bones.

This condition occurs when the Achilles tendon is placed under more pressure than it can cope with and small tears develop along with inflammation and in some cases can lead to tendon rupture. These tears become a source of further injury which can lead to swelling within the tendon, hence the name ‘tendonosis’ (sometimes referred to in error as ‘tendonitis’).

Heel pain is a common condition and in most cases will diminish following some routine self-care measures but if the pain persists longer than three weeks, it is best to seek professional advice from someone who specialises in heel pain, such as a podiatrist or chiropodist. This is necessary as there are many types of heel pain, each with their own different causes and separate forms of treatment.

Heel pain can affect everyone, whatever your age, but those more commonly affected include those in middle age (over 40’s age group) as well as athletes.

How do I know I have it?

With heel spurs, there are no visible features on the heel but a deep localised painful spot found in or around the middle of the sole of the heel and is usually worse on standing after long periods of rest, particularly first thing in the morning. Although the name implies a spur of bone sticking out of the heel bone (heel spur syndrome), around 10% of the population have heel spurs without any pain whatsoever.

With bursitis, pain can be felt at the back of the heel when the ankle joint is moved and there may be a swelling on both sides of the Achilles tendon. Or you may feel pain deep inside the heel when it makes contact with the ground.

With heel bumps, these are usually caused by excessive shoe rubbing in the heel area.

Read more on How to Prevent & Treat Heel Pain.

Get Help and Advice 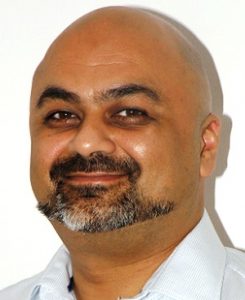 This site uses cookies to ensure we give you the best experience. By continuing to browse the site you are agreeing to our use of cookies. Find out more